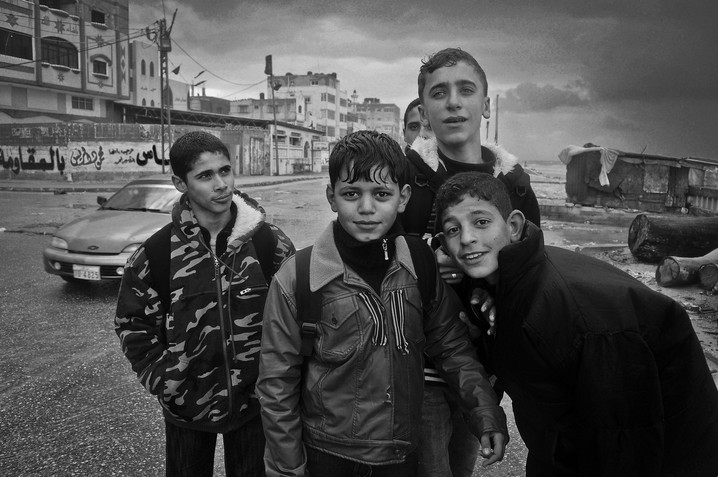 In 2018, the Freedom Flotilla Coalition will sail once more against the illegal Israeli blockade of Gaza, for freedom of movement and the right to a decent future for all Palestinians.

Israel has maintained an inhumane and destructive blockade of Gaza for over a decade. The United Nations now says that Gaza will become uninhabitable by the year 2020 because of the Israeli blockade of Gaza.

Children and minors, who make up more than half of the Gaza population of over 2 million, are victims of the ongoing blockade, which has robbed them of their childhood; their rights to safety, education, and health; and their prospects for a decent future.

In response to the brutal Israeli blockade, for seven years, the Freedom Flotilla Coalition has carried out non-violent direct actions aimed at raising international awareness and putting pressure on the international community to end.

We will continue to put pressure on our governments and protest their complicity with Israel's crimes against humanity. We will sail again – in 2018 – to stand with the Palestinians of Gaza, as they demand their freedom of movement and their right to a decent future in their land.

100 years ago, the Balfour Declaration wrongly claimed the right to “give away” the Palestinian homeland, and since then the rights of native Palestinians have been eroded and ignored with the complicity of governments around the world, including our own. We call on all humanity to help end the Israeli blockade of Gaza and make this mission a powerful display of solidarity with the beleaguered but proud Palestinians of Gaza.

Support our campaign to sail in 2018 to break the brutal and illegal Israeli blockade of Gaza!

Since our last maritime mission in 2016, the Women’s Boat to Gaza, the Freedom Flotilla Coalition has been focusing on the plight of Gaza’s fishers, who are not allowed beyond 6 nautical miles and often come under Israeli Occupation Force (IOF) attack even within this zone.

Fishing has always been one of Gaza's most important industries, and even after years of decline due to the blockade, there are more than 35,000 people who depend on fishing for their livelihood. For example, sardines are an important source of iron, which prevents anemia. They used to be an important part of the local diet in Gaza, but most of the sardines are outside the 6 nautical miles zone, which makes a bad nutrition situation even worse. Forty-five percent of women in Gaza are anemic and iron deficiencies during pregnancy have caused a rise in infant anemia. As a result of these attacks and restrictions, fishers are catching smaller quantities, as well as smaller fish, which has left the local population dependent on fish imports that benefit the Israeli occupier.

Not only children of fishers, but all children and minors in Gaza are victims of the ongoing blockade, which has robbed them of their childhood; their rights to safety, education, and health; and their prospects for a decent future. Ten-year-olds in Gaza have lived through three major military attacks—in 2008-2009, 2012 and 2014. Some have lost parents or other family members, while others have suffered injuries, and many are handicapped from their injuries.

Many people in Gaza still live among rubble as the international community has failed to fulfill its promises to finance and ensure rebuilding, and the blockade prevents imports needed for reconstruction. Many people suffer from psychological trauma and everyone suffers from insufficient power supply, lack of drinkable water, inadequate sewage treatment, and a shortage of education facilities. Above all, the Palestinians of Gaza lack a prospect for a decent future.

The Gaza Strip is one of the most densely populated areas in the world, with over 2 million people living in an area 25 miles long and 5 miles wide (360 square km). According to the United Nations Relief and Works Agency (UNRWA), 70 percent of its inhabitants are refugees living in eight camps.

2018 marks the 70th anniversary of the Nakba (the disaster or catastrophe)—the forced displacement of the native Palestinian population from what became Israel. The blockade of Gaza and the unlivable conditions suffered by women, children and men is not a natural catastrophe, nor should it be devoid of context. The international community is responsible for the refugee situation (addressed by UN resolution 194 of 1948); for half a century of military occupation of the West Bank, the Gaza Strip, the Golan Heights and East Jerusalem; and for the gross violations of individual and collective rights of the Palestinian people, perpetrated by the State of Israel.

In order to continue putting pressure on our governments and to protest their complicity with Israel's crimes against humanity, we will sail again – in 2018 – in solidarity with fishers, with children and youth, and with all the Palestinians of Gaza as they demand their freedom of movement and their right to a decent future in their land.

We call on all humanity to help make this mission a powerful display of solidarity so that this message of hope reaches the shores of Gaza, Palestine and ends the blockade.

You can support the work of the Canadian Boat to Gaza by donating here canadaboatgaza.org/donate/ or internationally by supporting any of our Freedom Flotilla Coalition international partner campaigns: sgf.freedomflotilla.org/donate .