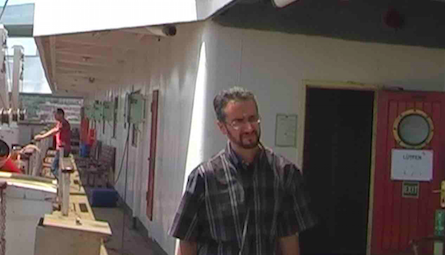 In late 2009, I joined a lifeline land convoy heading towards Gaza to break the illegal blockade that Israel imposed on Gaza’s Palestinian civilian population, now numbering over 2 million people. I was unable to continue with the convoy, and so in 2010, I joined the Freedom Flotilla which attempted to break the blockade by sea.

At the time, I had my camera in hand and was seeking to create a documentary film about the Freedom Flotilla event, which I hoped would culminate in our arrival in Gaza with our humanitarian aid and would put an end to the blockade. Instead, the Israeli military attacked our flotilla in international waters, killing 10 of our brothers, and wounding and imprisoning the hundreds of us who survived. I created a documentary film about this instead.

However, that attack and others have not deterred people of conscience globally from continuing in their attempts to break this illegal blockade, and alleviate the dire situation of the people of Gaza and restore their human rights. It behooves us to stand in support and solidarity with these brave souls (freedomflotilla.org), who risk putting their lives on the line, for fellow human beings in a faraway land.

Accordingly, I unequivocally support the efforts of the Canadian Boat to Gaza and endorse it, and invite you to do the same. I invite you to follow their news, promote their actions and bolster their work financially through donations (canadaboatgaza.org/donate) , to help fulfil their noble cause. Let us stand up and end this, since our governments will not.

Those who can benefit from a charitable tax receipt in the US  may wish to donate through the US Boat to Gaza page:
https://2018boatstogaza-nonviolenceinternational.natio nbuilder.com/contribute
In other parts of the world, please consider donating through one our other partner campaigns in the Freedom Flotilla:  https://sgf.freedom flotilla.org/donate

Donate to Canadian Boat to Gaza online (canadaboatgaza.org/donate) or by postal mail. Make out cheque or money order to Turtle Island Humanitarian Aid and mail it to: