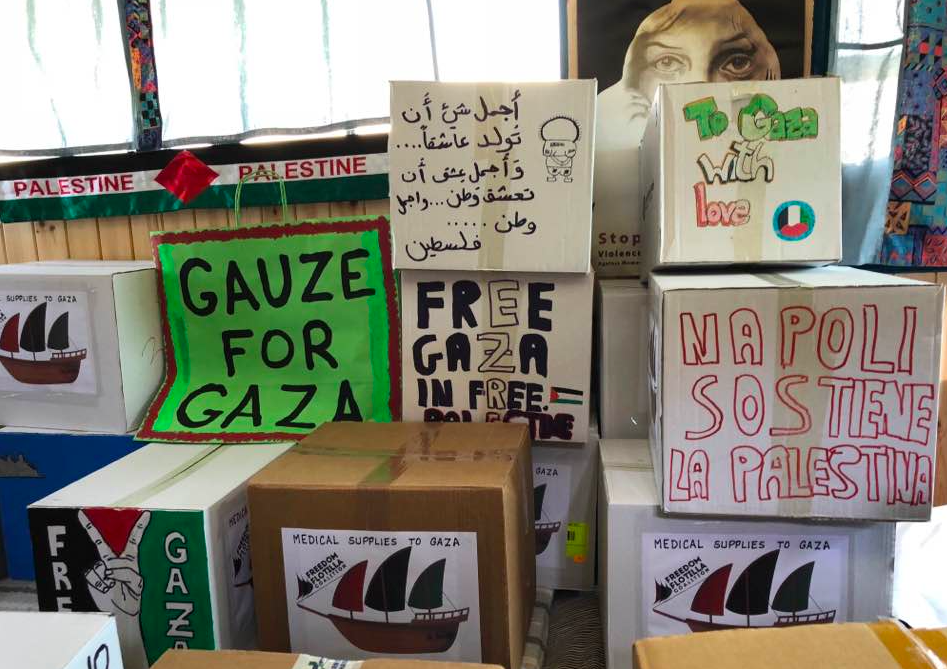 The Freedom Flotilla Coalition demands the immediate release of the 116 boxes of medical supplies for the health services of Gaza that were carried on the Al Awda and Freedom boats of the 2018 Freedom Flotilla to Gaza, recently seized by Israeli forces. As Swedish Foreign Affairs Minister Margot Wallström has stated, the ship’s cargo must be released, according to international law.

International law also requires the delivery of medical supplies. Article 23 of the Geneva Convention Relative to the Protection of Civilian Persons in Time of War (Geneva Convention IV, 1949) says that “Each High Contracting Party shall allow the free passage of all consignments of medical and hospital stores … intended only for civilians of another High Contracting Party, even if the latter is its adversary.”

Additionally, the  San Remo Manual on International Law Applicable to Armed Conflicts at Sea (12 June 1994) says in paragraph 104: “The blockading belligerent shall allow the passage of medical supplies for the civilian population or for the wounded and sick members of armed forces, subject to the right to prescribe technical arrangements, including search, under which such passage is permitted. Further, The Manual on the Law of Non-International Armed Conflict (2006), says in point 2 in the commentary to Rule 2.3.10: “By extension, all objects indispensable to the survival of civilians should be protected, especially medications. The protection means that the enemy is not permitted to attack, destroy, remove, or render useless the aforementioned items.”

Our Israeli attorney Gaby Lasky has been in contact with Occupation authorities to arrange delivery of the humanitarian medical supplies but to date none have arrived in Gaza. The boxes are consigned to:

Full inventories of the medical supplies in each box have been provided previously and can be produced on request.