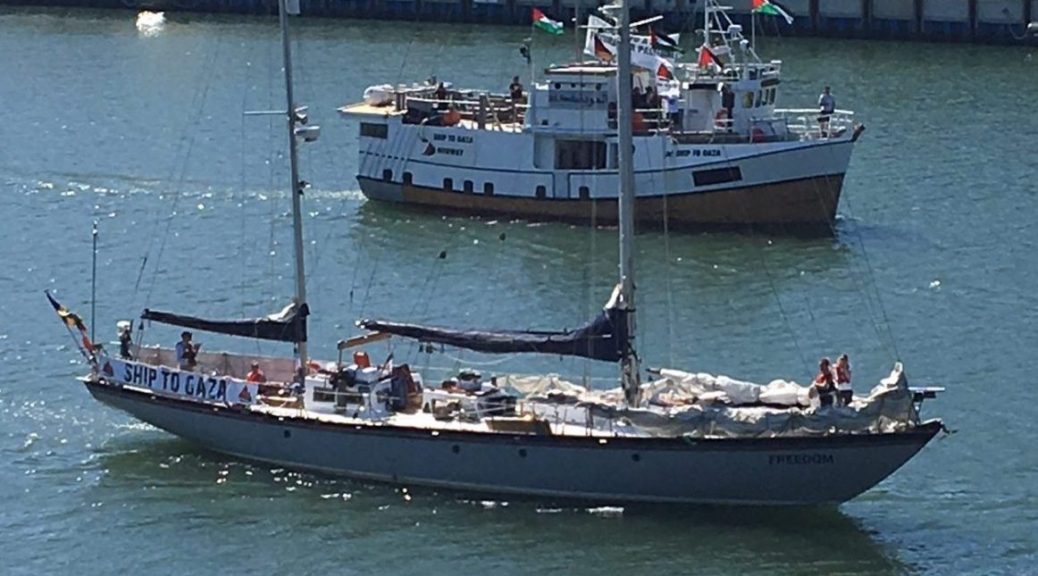 An Israeli court has ruled that the two ships, the Al Awda and Freedom, who both sailed this summer and were captured by the Israeli Navy, cannot be sold to compensate families of ‘terrorism’ victims. This decision overturns a ruling made by the Jerusalem District Court and ensures that the hearing will proceed in the Haifa Maritime court, applying Maritime law. We are hopeful that international law will be upheld. The Freedom Flotilla Coalition maintains that Israel must accept our demand that both ships be given as a gift to the Union of Agricultural Work Committees (UAWC), a non profit organization representing fishers in Gaza.

The next hearing in this matter will take place on February 5, 2019.